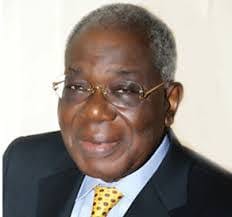 Shonekan was appointed by Nigeria’s former Military President, General Ibrahim Babangida, when he was “stepping aside”.

He headed the ING between August 26, 1993 and November 17, 1993 when late General Sani Abacha took over the government in a coup d’etat.

According to available information, Shonekan, 85, died in Lagos.