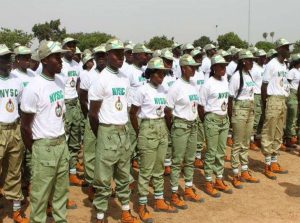 The Independent National Electoral Commission, INEC, often relies on corps members for the conduct of elections in all parts of the country. They are often used as Presiding Officers, PO and Assistant Presiding Officers, APO 1, 2 and 3 in most polling units during elections.

But sequel to the tension currently rocking Anambra State following moves by IPOB to halt the election, corps members serving in some local government areas of the state, told DAILY POST that they are not interested in taking part in the election currently being threatened.

Recall that IPOB had declared sit-at-home in order to halt the election, insisting that the Southeastern region does not need any election. It stressed that the Federal Government must call for a referendum which would determine the corporate existence of the country.

According to media reports, IPOB members are also angered by the continuous incarceration of its leader, Mazi Nnamdi Kanu who has been in the custody of the Department of State Services, DSS, since June 2021 following his rearrest from an undisclosed country.

Simon Ekpa, one of the supporters of the fugitive and an opinion leader in the Biafra struggle had, via his social media handles, warned INEC against conducting any election in Biafra land (Southeast).

In a post on his Twitter and Facebook handles on Wednesday, the Finnish warned Igbo citizens to avoid the election. He said “tell Egbunike, others to stay away from Anambra election as Biafrans already decided there will be no movement or election in Anambra State on the 6th of November, 2021.

“DIG Egbunike should be ready to go down in the history as the policeman used by the Fulanis to instigate crises should in case he tries to enforce election in Anambra State by killing any Biafran.”

And in a statement recently issued by the spokesman of the group, Emma Power, IPOB vowed to commence one-week sit-at-home a day to the election if Kanu remains in the DSS custody.

Speaking with DAILY POST, a corps member who identified herself as Ochanya, serving in Anaocha Local Government Area of the state, expressed fear of attack on the election day, saying the recent killings in the state birthed by the IPOB’s sit-at-home, shows the potency of their threats.

According to Ochanya, majority of corps members in the local government have vowed to shun the election despite the assurances by security agencies to ensure that the election is crisis-free.

She said, “I don’t want to die. My life is very important to my family. We have all witnessed the wrath of IPOB while they were trying to enforce the Monday sit-at-home. Many residents here have lost their lives because they violated the order.

“I pity those going for the election just because of the stipends. Even to stay in the state during the election is still a concern to me If I have my way, I will travel back to Abuja before November 24.”

Also, Mr Kenneth, popularly known as ‘Coper Ken’ told our correspondent that his parents had warned him against taking any function in the election, stressing that his life is more important than the benefits attached to the exercise.

“I know there is going to be money for those who will risk their lives to conduct the election but I’m not greedy. My life is more important than any money. IPOB mean business. My parents had even warned me to steer clear of the election so I’m out”.

Another corps member from Awka North Local Government Area of the state, who identified himself as Adebayo Fayemi said he is still deciding whether to participate in the election or not despite going through the training. According to Adebayo, the level of tension in the area two days to the election may determine his decision.

‘I am very sure that the election will hold and nothing will happen, but sometimes, the fear exhibited by others, affects my courage too. Of course, no body wants to die. If by the end of November 4, the security situation is not encouraging, I will have no choice but to stay at home on the election day”, he said.

An official of the scheme, (a local government inspector) who spoke to our correspondent on condition of anonymity, said that corps members who volunteer to participate in the election, would be given adequate security.

According to him, NYSC will not impose the function on corps members who are not willing to participate.

Also recall that the Inspector General of Police, IGP Usman Alkali Baba had, on October 14, ordered the deployment of a total of 34,587 police personnel to the state ahead of the election.

The IGP who made the development known at the Force Headquarters in Abuja, during the 2nd Strategic Police Managers Conference for Senior Police Officers from the rank of Commissioner of Police and above, also ordered the deployment of three Police Helicopters, technical capabilities of the Police Airwing, the Force Marine and the Force Animal Branch, and other operational assets to maintain peace during the election.

Yet, most of the citizens are interest in free and fair election as two predominant part, PDP and APC set to oust the ruling APGA. 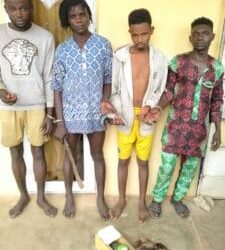 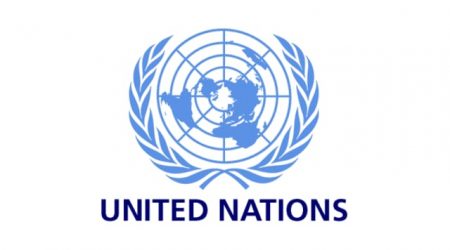