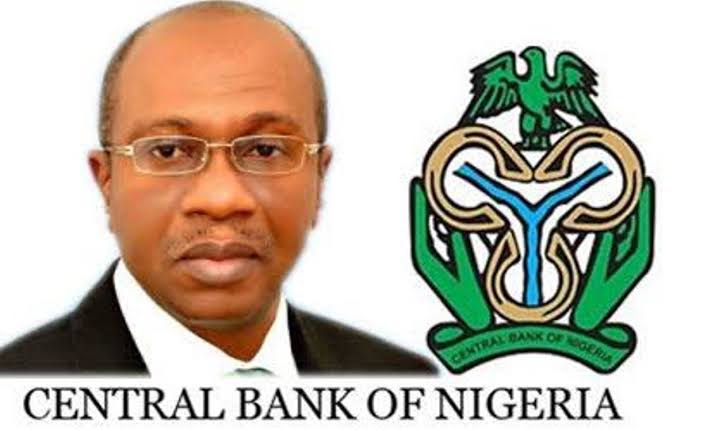 The Central Bank of Nigeria (CBN) on Wednesday bowed to pressure from many Nigerians and lawmakers as it announced an upward review of its cash withdrawal limits directive. 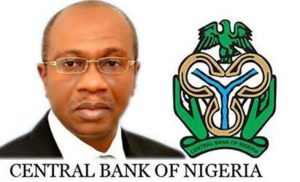 Individuals can now withdraw N500,000 cash weekly and corporate entities can now withdraw up to N5 million cash across all channels including Automated Teller Machines (ATMs) and Point Of Sale (PoS) terminals.

“The maximum weekly limit for cash withdrawal across all channels by individuals and corporate organisations shall be N500,000.00 and N5,000,000.00 respectively,” the apex bank said in a circular issued on Wednesday signed by its Director of Banking Supervision, Haruna Mustafa.

The directive becomes effective from January 9, 2023, the apex bank maintained, saying the adjustment was based on feedback received from stakeholders after its initial announcement on December 6, 2022.

The CBN had on December 6, 2022 ordered Deposit Money Banks (DMOs) and other financial institutions to ensure that weekly over-the-counter (OTC) cash withdrawals by individuals and corporate entities do not exceed N100,000 and N500,000, respectively.

It had also limited maximum daily withdrawals via ATMs and PoS terminals at N20,000 and said only denominations of N200 and below would be loaded into the ATMs.

The directive created controversy and outrage from millions of Nigerians and members of the National Assembly who disapprove of the policy. Many PoS operators had said the policy would strangulate their activities and rob them of employment while politicians said it was targeted at opposition parties ahead of the 2023 general elections.

But the apex bank on Wednesday adjusted the weekly cash withdrawal limits to N500,000 for individuals and N5m for corporate firms. 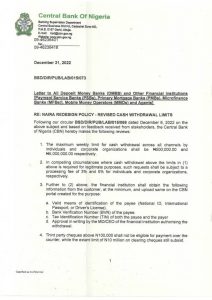 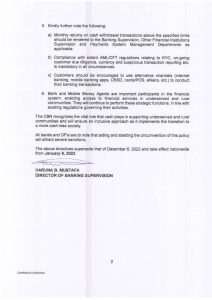 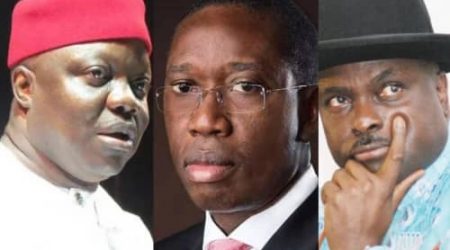