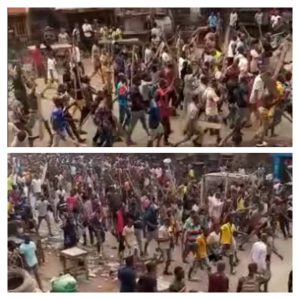 The Popular Alaba International Market in Ojo area of Lagos was on fire on Wednesday as hundreds of hoodlums were engaged in bloody clash with traders. It was a chaotic situation as Shops were shut in the market.

Trending videos online showed hundreds of hoodlums armed with dangerous weapons, such as cutlasses spoilt for war as they marched aggressively to attack their opponents.

Scores of traders and members of the Lagos State Parks and Garages were injured in the bloody clash. It was gathered that the cause of the clash was over collections of levies in Alaba International Market.

The confrontations between the transport unions and the market task force, which became bloody, were said to have forced traders to shut their shops in fear of being caught in the web of the face-off. The Operatives of the Rapid Response Squad (RRS) and police from the area were quickly drafted to quash the mayhem.

Lagos State Police Command spokesman, SP Benjamin Hundeyin said Alaba International Market is now calm.
“Normalcy has been restored at Alaba International. Also, Ojo Division are on ground, under the supervision of Area Commander Festac, ACP Igbafe Afegbai. There is no cause for alarm as monitoring continues,” he tweeted. 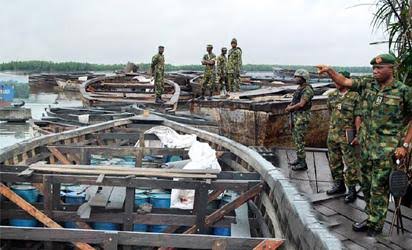