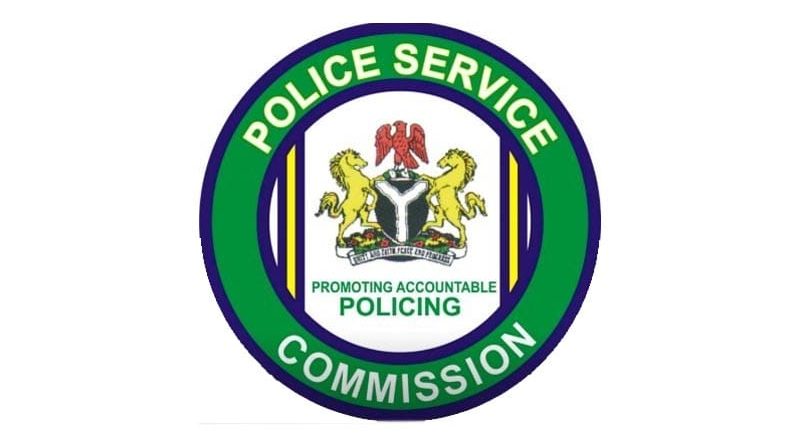 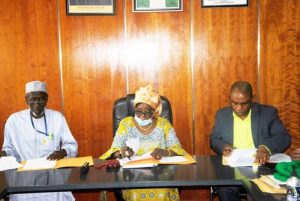 The Commission also approved accelerated promotion for two Assistant Commissioners due to existing vacancy in the medical cadre. The new Commissioners of Police were promoted after an interactive session/interview with the Commission in Plenary chaired by Justice Clara Bata Ogunbiyi JSC (rtd).

The Commission also approved the promotion of CP Abdul Yari Lafia and CP Rudouf Echebi to the rank of Assistant Inspector General. The date of promotion of CP Yari who was until his elevation, Commissioner of Police, Training was earlier considered and adjusted by the Commission which qualified him for promotion.

According to a statement issued by Mr Ikechukwu Ani, the Commission’s spokesman,the leadership of the Commission also paid a courtesy visit on the Minister of Police Affairs Mohammed Maigari Dingyadi and had visited the Inspector General of Police, Usman Alkali Baba on Wednesday at the Force Headquarters, Abuja.

The acting Chairman of the Commission called on the beneficiaries of the new ranks to rededicate themselves to the service of their fatherland.

She noted that they should bring into their new offices their varied experiences to help mitigate the ravaging security problems in the country especially now that the nation is going into another round of national elections.

Justice Ogunbiyi also said the Commission will continue to ensure that Police promotions are not delayed and that the exercise will be fair, just and based on seniority and availability of vacancies.