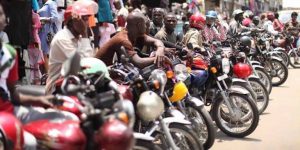 The national body of public transport tricycle and motorcycle operators in Nigeria has given the Lagos State a 21-day ultimatum to release arrested members and also handover the seized tricycles and motorcycles or risk a massive protest that will shut down Lagos.

According to the association, over 4,700 tricycles and motorcycles have been seized while, over 1,300 of their members have been arrested and detained so far.

The union, led by its national president, John Obozorian, briefed reporters at a press conference held Thursday, at the Labour House in Abuja.

Obosorian said “the present spate of stopping our members from performing their legitimate duties in some local government Areas in Lagos State is disturbing and worrisome and it is an ill wind that blows nobody any good. This has the tendency of increasing crime rate if not properly handled.

“As the main umbrella workers body in Nigeria we respectively call on the Nigeria Labour Congress to wade into this unfortunate decisions of the Lagos State Government. Many of our members have been arrested, detained without allowing bail and their motorcycles impounded.

Those affected are facing terrible trauma and some of them have been hospitalised. It is imperative to let you know that most of the motorcycles impounded were made available to the detailed riders on higher purchase basis.

“As a mark of respects to the Nigeria Labour Congress, we deem it imperative to draw your attention to this unwelcomed situation. It is our intention to give the Lagos State Government a 21 days’ ultimator to release our arrested members in Lagos State and handover the impounded motorcycles to those concern, but first we deemed it very important to intimate you of our action plan.

“We shall similarly, if Lagos State Government refuse to listen to the voice of reason, we shall stage a massive protest and shut down Lagos transportation system until the government do the needful.”

The union leader charged the government to employ a data based system that would capture all commercial tricycle and motorcycle operators in the state in order to fight insecurity.

“Our main responsibility is to help in transporting human and materials to all the nooks and crannies of Nigeria with particular focus on where motor vehicles find it difficult access we have been performing our duties within the ambit of the laws in Nigeria.

“Presently, our Association which is the only recognised one in Nigeria established to provide for the welfare of motorcycle and keke NAPEPE riders in Nigeria create job opportunities for millions of Nigeria thereby drastically reducing the rate of joblessness and criminality in Nigeria. We also contribute our quota to the social and economic development of Nigeria.

“Granted that just like any other profession and occupation in this country, be it the medical profession, law, accounting, the public services, just to mention a few, we also have some bad eggs in our system. So far, we have left no stone unturned in reporting anyone found wanting in our profession to member of the law enforcement agencies- this we shall continue to do unabated.

“The government also should endeavour to create a data base for us just like is being practiced in Ero and Anambra State.

This will regulate the activities of criminals who pose as okada riders or use motorcycles to commit all sorts of atrocities. Not having a data base is tantamount to inviting crime,” he said.

Businesses and other power consumers were thrown into darkness on Wednesday as... read more 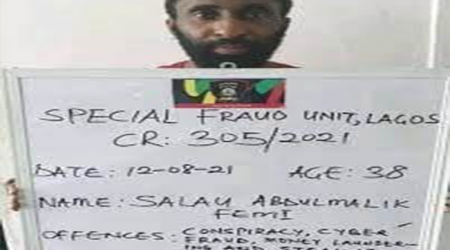