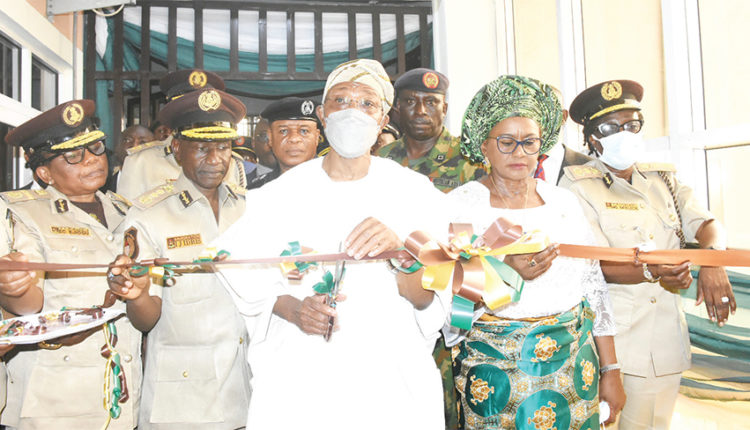 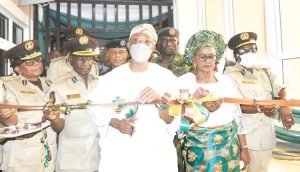 The Federal Government has said that there will be no shortage of booklets again for the production of passports in Nigeria, as all measures have been taken to ensure the sustained availability of the document issued by the Nigeria Immigration Service (NIS).

Minister of Interior, Ogbeni Rauf Aregbesola, said this at the commissioning of the Enhanced Passport Production Centre in Port Harcourt, the Rivers State capital on Tuesday.

The newly commissioned passport centre would now be responsible for the production of passport demands from Rivers, Cross Rivers, Akwa Ibom and Bayelsa states.

We have left no stone unturned in our quest to make passports available to Nigerians. Last year alone, we provided 1.3 million passports to Nigerians.

As of today, there is no booklet shortage in Nigeria. “As of the second quarter of this year (in June), the NIS has provided 645,000 passports out of the 750,000 applications received.

“We have also sent sufficient booklets to all the centres nationwide to address this challenge.

There is, therefore, no excuse again for delay and non-issuance within a reasonable period,” minister said. Media Adviser to the Minister of Interior, Sola Fasure, in a statement, said Aregbesola also urged the listening public to make sure they apply themselves online to avoid being shortchanged by unscrupulous elements.

“I will urge applicants for the Nigerian passport to apply early enough before their travel date to avoid cutting corners and falling into the hands of scammers and other opportunists.

It is important also that they apply by themselves at the Nigeria Immigration Service portal and not through touts and unscrupulous officials, which often bring heartaches.

“We have provided a window of six weeks and three weeks for fresh application and renewal, respectively, after biometric data capture, by which time, other things being equal, the passport will be ready for collection.

“This timeline is to enable NIS to investigate and validate the claims of applicants and confer integrity on the passport issued. It is a reasonable provision in passport administration by global standards.

There is no wait-and-get passport service anywhere in the world.

The only wait-and-get passport is passport-sized photograph from Polaroid camera,” the minister stated.

He further stated that the Passport Production Centre launched on Tuesday would serve applicants from Rivers, Cross Rivers, Akwa Ibom and Bayelsa states, but was quick to add that it doesn’t confer any advantage or disadvantage on any of the centres, noting that deployment of 10,000 booklets has been deployed to serve the fours states with immediate effect.

He also stated that there are currently no backlogs in any of the four states.

“The production centre we are launching today will serve Rivers, Cross Rivers, Akwa Ibom and Bayelsa states for production purpose only.

It doesn’t confer any advantage or disadvantage on the applicants in any of the four states. It’s simply a production centre.

“We have also delivered 10,000 passports to this centre.

This is in addition to the fact that there are no backlogs to be cleared.

In some advanced countries we often like to cite, it takes months to procure their passports.

But in addition to the standardised timeline, we have also introduced tracking mechanism in the application process, to enable applicants to monitor the progress of their application.

“We are also introducing data capture centres all over the country before the end of this year, to eliminate physical contacts with NIS officials.

We shall continue to introduce necessary and available innovations to passport administration in order to best serve applicants in our quest for establishing citizenship integrity,” the minister stated.

While speaking, Governor Nyesom Wike, who was represented by his Deputy, Dr. Ipalibo Gogo Banigo, promised to continue to support the Nigeria Immigration Service in the state, as it was the policy of his administration.

“We would continue to support the Nigeria Immigration Service, just as we provided the building now housing the production centre.

“Just as we provide support to all security agencies in the state and in particular, the agencies under the Ministry of Interior, we would continue to prioritize the welfare of the citizens of the state,” Gov. Wike stated.

During his opening address, Acting Comptroller General of the Nigerian Immigration Service, Idris Isah Jere, revealed that the service will no longer condone any act of indiscipline by officers, noting that they must be professional in carrying out their assigned duties.