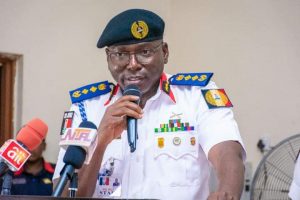 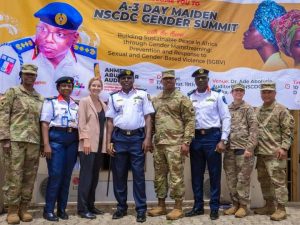 The Commandant General of the Nigeria Security and Civil Defence Corps, NSCDC Dr Ahmed Abubakar Audi has advocated to end violence against women and girls as well as other vulnerable groups in the country.

In a press statement e-signed and released by the NSCDC Director public relations, DCC Olusola Odumosu stated that, “Against the backdrop of injuries and deaths of women and the girl child in Nigeria, arising from sexual and gender based violence, Commandant General of Nigeria Security and Civil Defence Corps (NSCDC), Ahmed Abubakar Audi, PhD, mni, advocated an end to violence against women and girls as well as other vulnerable groups in the country.”

The statement read, “He said this at the opening ceremony of the maiden NSCDC Gender Summit at the National Headquarters in Abuja with the theme: “Building Sustainable Peace in Africa through Gender Mainstreaming: Prevention and Response to Sexual and Gender-Based Violence (SGBV).”

The NSCDC boss lamented that the groups that suffer during crises or conflicts are mostly women and children as research has shown that over 35% of women and girls experience physical and sexual violence globally, which turns out to be the most common abuses of human rights in their lifetime.

He called for new approaches to the fight against Sexual and Gender-Based Violence (SGBV) across the country, emphasizing that it is within our scope to make sure that women, children and vulnerable ones are safe in conflict situations and the society must ensure they no longer live in perpetual fear but to encourage them to strive and live freely like their male counterparts.” 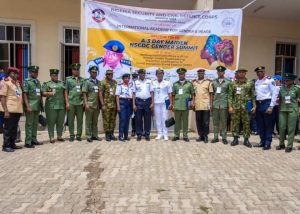 Dr Audi maintained that gender based violence had become a wild fire sweeping through the country because of the patriarchal nature of our cultural norms and values which left women and girls at the receiving end, hence the need for more concerted efforts to change the narratives.

The Head of Gender Unit of the Corps, Chief Superintendent of Corps(CSC) Alao Ajet Kemi, explained that the summit was aimed at assessing the policy direction of government on gender matters and to open a sustainable dialogue between the Corps and other gender based organizations. 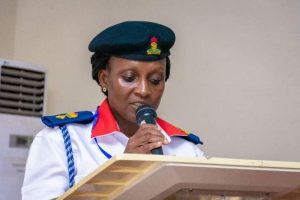 She stated that violence includes rape, forced marriages, forced abortion, sexual harassment, intimidation within and outside the workplace, child pornography and human trafficking among others and a growing number of countries including Nigeria had Instituted National Action Plan on women and girls violence.

In the same vein, the President, International Academy for Gender and Peace, Prof. Tyoor Terhemba, expressed satisfaction about the partnership with NSCDC in building skills and capacities of gender based officers across security formations towards enhancing a sustainable gender mainstreaming and equality in the country. 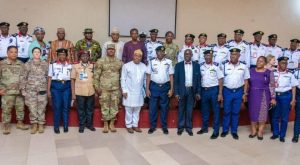 He reiterated that the country must embrace peace to grow, develop and live harmoniously as a people by filling the gender gaps and disparities while at the same time educating the people to understand the value of peace keeping and bridging gaps for regional, national and international cooperation. 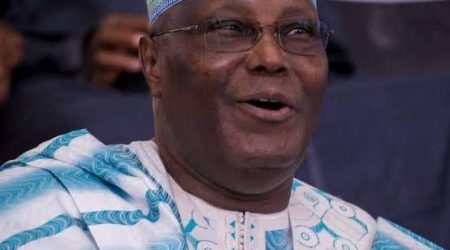 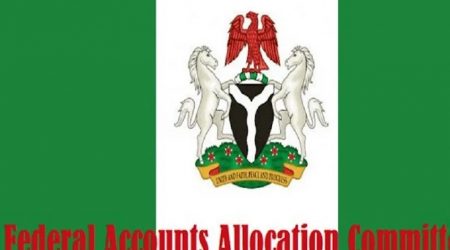