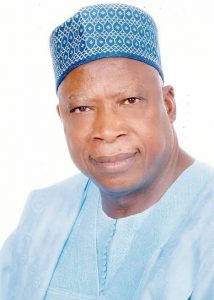 The National Chairman of the All Progressives Congress, Senator Abdullahi Adamu, has begun reversing some of the decisions taken by his predecessor and Caretaker Chairman, Governor Mai Mala Buni.

The move comes less than a week after Adamu disclosed his plans to look into the finances of the party.

Buni before leaving office had given standing instructions to lawyers representing the APC to appeal court judgments challenging the conduct of congresses supervised by the caretaker committee.

One of the appealed judgments was that of the Federal High Court recognizing the Akwa Ibom State faction of the APC led by the Minister of Niger Delta Affairs, Senator Godswill Akpabio, over that of the erstwhile Secretary, Senator John Akpanudoedehe.

However, in a letter signed by the Head, Legal Services of the APC, which was addressed to Adeniyi Akintola (SAN) & Company dated April 6, 2022, it was stated that the new chairman had directed that all cases appealed by Buni’s committee be immediately withdrawn from court.

The letter titled, ‘Notice of Withdrawal of Instruction’, relates to a case marked FHC/ABJ/CS/1635/2021 between Stephen Ntukekpo and three others vs. the APC and three others

It read in part, “I have the instruction of the national legal adviser to convey the decision of the leadership of the party to obey the judgment in respect of the above captioned suit having been served with.

“Our instruction on the above matter was terminated at the Federal High Court. Consequently, the party is not interested in pursuing the appeal in respect of the above matter.

“I have further instructions of the national legal adviser to request that you withdraw all the processes filed on behalf of the party and H.E. Mai Mala Buni, the erstwhile national chairman of the CECPC, at the Court of Appeal.”

Our correspondent learnt that the APC had begun withdrawing all the cases from the Court of Appeal.

On Thursday, the APC lawyer, Adeniyi Akintola, informed the court that the party would be withdrawing its appeal, effectively recognizing Akpabio’s faction over that of Akpanudoedehe.

The Court of Appeal Abuja subsequently dismissed the appellant’s appeal.

The court presided over by Justice Haruna Tsamani alongside Justice Ugochukwu Ogakwu and Justice Bature Gafai said that was the right thing to do since the APC had withdrawn from the case.

Counsel for the plaintiffs, Chief Umeh Kalu, SAN, and counsel for the Independent National Electoral Commission, Umar Farouk, SAN, did not oppose the withdrawal.

However, the court ordered that the status quo be maintained until the determination of the motions for jurisdiction and stay of execution, which comes up on May 17.

Top sources in the APC said Adamu’s new approach could destabilize the party.

APC chieftain, who spoke on condition of anonymity said, “The best thing for Senator Adamu to have done was to allow the cases to run their course. There are over 200 cases in court at the moment. He should have let them continue.

“What the new national chairman is doing now is to reverse Buni’s actions and those who feel slighted will be forced to leave the party,” the source said.