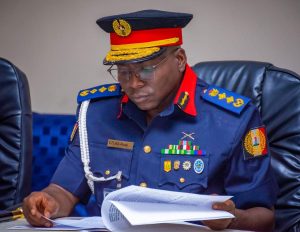 Measures have been put in place to ensure that different formations of the NSCDC do not rest on their oars in ensuring peace returns to every troubled areas of the country. This was made known by the Commandant General, Ahmed Abubakar Audi, phd, mni, at the the end of the 1st quarter Commandant General’s Conference for year 2022 held at the National Headquarters, Abuja. 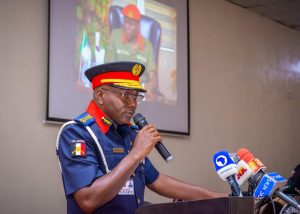 Dr Audi expressed worry about increase in the wave of insecurity across the country and called for more strategic, inclusive and holistic action against the crisis by various arms of the service until the insurrections are overwhelmed and surmounted.

He further charged State Commandants to commence capacity development trainings for their personnel with emphasis on surveillance and intelligence gathering to further improve on the professional competence and proactive engagements and response of the Corps to security challenges. 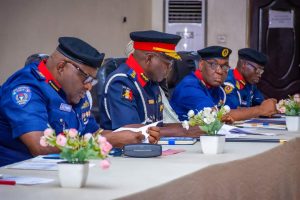 The Commandant General maintained that he is very passionate about training and improvement of the skills and capacity of Corps personnel, hence, his efforts towards effective collaboration with relevant stakeholders, sister agencies, emergency response agencies as well as International donors agencies.

He charged the State Commandants to improve and upscale their effort towards protecting Critical National Assets and Infrastructures at their various locations and to sensitive host communities on the need to support security agencies in the fight against insecurity by reporting any strange and suspicious movements around such facilities promptly to security agencies on time for proactive measures to be taken to forestall bandits attacks, sabotage, willful damage, vandalism or theft. 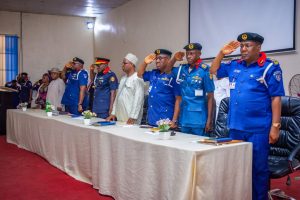 He condemned the recent attacks on the Abuja- Kaduna railways which culminated in loss of lives, property and kidnapping of innocent citizens and immediately gave marching order to all State Commandants to go back and suppress any form of threats to safety of citizens and the nation critical assets and infrastructure.

“There is need for all of you to increase your intelligence and information gathering capacity because it is the key to quick, timely and proactive response to crime and emergency situations and you have no choice than to fight these criminals head on because my administration will leave no stone unturned in deploying all possible arsenals to ensure the nation enjoys relative peace and socio economic development”. CG said.

He encouraged them to work in synergy with other security and law enforcement agencies and to collaborate with traditional rulers to nip all these security challenges in the bud as no individual or agency can claim to have monopoly of tactics and strategies. 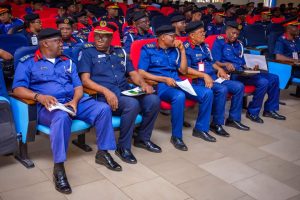 Dr Audi appreciated some dedicated and committed State Commandants who have keyed into his vision in the last one year and charged them to put in more effort to make sure that the Corps is distinguished by excellent service delivery while also hinting that more transformational policies and programs is underway for implementation.

The highpoint of the CGs conference was the issuance of some newly acquired utility and articulated vehicles to various Commands and ambulances to Abuja, Lagos, Kano, Port Harcourt airports and FCT environs for rescue and disaster intervention.