At the female custodial facility in Kirikiri, Hon. Akinlola-Hassan in an emotion- laden tone, and as a compassionate mother informed the inmates and the facility’s officials that she had intended to visit them two years ago, during her 50th birthday, but no thanks to covid-19 pandemic.

She reminded the female inmates to appreciate God for keeping them alive despite their present predicament and urged them to be hopeful of a better tomorrow.

DCP Lizzie Ekpendu receiving the Chairman of Oriade LCDA, Hon. Ramotalai Akinlola Hassan at the female correctional facility,Kirikiri on Thursday.
The council chairman prayed for the inmates and advised them to make the best use of their confinement to turn a new leave. 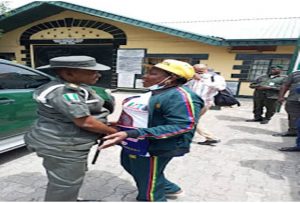 Talking earlier with the council chairman and her entourage to the female custodial facility, the officer in charge of the facility, DCP Lizzie Ekpendu disclosed that the visit coincided with the already planned allocation of new cell rooms to the inmates.

On behalf of the female inmates, DCP Ekpendu expressed appreciation to Hon Ramotalai Akinlola-Hassan for remembering the inmates and also giving them sense of belonging.

She prayed to God to reward Hon. Akinlola-Hassan abundantly for her kindheartedness towards the inmates, while some of the inmates also prayed for the council chairman.

The highpoint of the visit was the display of various dancing steps by the inmates and the council Chairman.

The same scenario was witnessed at Life Changers Less Privileged Home in Festac town later in the day, where Hon Akinlola-Hassan also presented various food items, clothing and cash gifts to children under the care of the home.

The manager of the home, Mrs. Queen Umaika, also prayed for the council chairman and her entourage.

Among the entourage of the council chairman to the two centres, were the council manager, Prince Akitoye Babatunde, the Head of Human Resources department, Mr. Onadipe Adekunle, the council engineer, Engr. Lookman Thompson, other management staff of Oriade LCDA and a sizeable number of Hon Ramotalai Akinlola-Hassan’s House of Representatives’ Campaign Group. 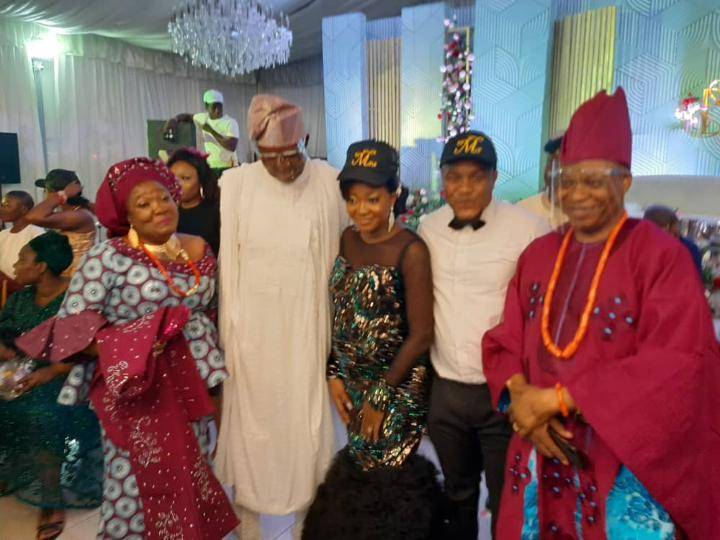