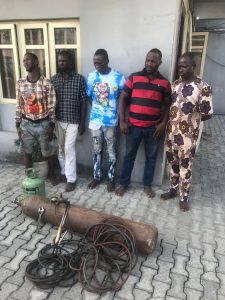 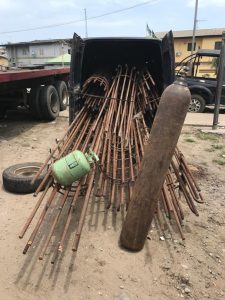 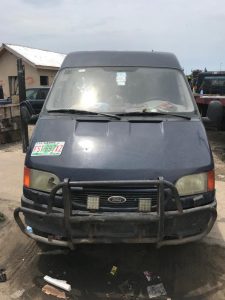 In a statement by Adejobi, Lagos PPRO, who noted that the suspects, when arrested by the police operatives, were alleged to have offered a bribe of Five Hundred Thousand only (#500,000) to the police operatives who rejected the offer and went ahead to arrest them with the stolen Iron rods.

The suspects include Lawal Saheed, m, 40,

The items recovered from them are;

Some pieces of 25mm iron rods,

The management of CCEC has been contacted by the police and identified the stolen items to be their property.

However, the Commissioner of Police in Lagos,  CP Hakeem Odumosu has ordered that the matter be thoroughly investigated and the suspects be charged to court as soon as possible.

In the same vein, the police operatives attached to Sagamu Road Division of Ikorodu, Lagos, on 12th April, 2021, at about 1245pm, arrested two (2) suspects, Awosika Kehinde, m, 24 and Olatilewa Ayomide, m, 18, at Sabo Area of Ikorodu. 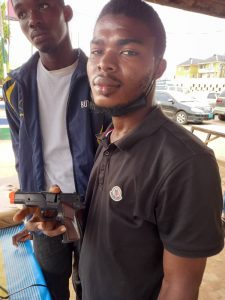 According to Adejobi, the suspects were accosted by the police on a motorcycle in Sabo area of Ikorodu. After preliminary investigation, it was revealed that the suspects were using the dummy gun to scare their victims anytime they were on robbery operation, particularly in the traffic. They are giving useful information to assist the police in the course of their investigation.

Items recovered form them include one dummy beretta pistol and some assorted charms. 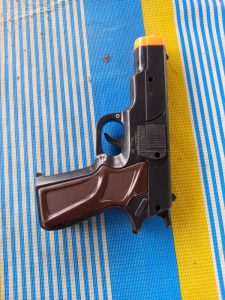 The Commissioner of Police has also directed that the suspects be transferred to the Command Special Squad for thorough investigation.