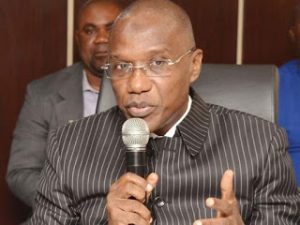 The Human Rights Organization made this known in Lagos today during a press conference.

The organization mentioned above conducted a thorough investigation on the dispute between Peace HGlobal and AMCON.

An unedited press statement issued and signed by Comrade Abiola Bakare the chairman as well as  Comrade Enitan Joseph the secretary.

Precedent of the Matter

He related his plight on how AMCON went to obtain an ex-parte order to take possession of his properties in Omole Estate Lagos when the matter of the exact quantum of Debt owed by Peace Global Satellite Communication Ltd is on appeal at the nation’s Apex Court. The Supreme Court, which he believed very strongly that the ex-parte order was to undermine or truncate the course of Justice.

He explained  how Peace Global borrowed N178 Million from Wema Bank Plc. In 2004 to roll out the wired phone network in Omole Estate Phase 1,2 and it’s environs N162 Million was paid back after obtaining the loan, remaining a balance on principal of N16million. 2 years later, thunder storm destroyed the network that was acquired through the loan and Wema Insurance Brokers failed to process the thunder storm claim.

Barrister Oreye stated further that at a point Wema Bank Plc attempted selling the collateral used in securing the loan without due process hence Peace Global went to court in 2009.

Upon the creation of AMCON in 2010, Wema Bank misrepresented to AMCON that the balance on the principal was N240 Million instead of N 16 Million, which made AMCON bought the loan at N123 Million in 2012. Upon detection of the padding by Wema Bank of the loan amount. Peace Global wrote immediately to AMCON alleging false misrepresentation of figures.

Let’s actually straight line function of AMCON. You would recall that Asset Management Corporation Of Nigeria (AMCON) was established on the 19th July, 2010, when the President of the Federal Republic of Nigeria signed the AMCON act into law.

AMCON was created to be a key stabilizing and re-vitalizing tool aimed at reviving the financial system by efficiently resolving the non-performing loans assets of the banks in the Nigerian economy. AMCON being a machinery of Government meant to protect the productive sectors of the economy and depositors / customers alike.

Barrister Oreye also informed us that AMCON which was created in 2010 and the debt was bought on 20th June, 2012 when the matter was over 3 years old in court and after AMCON had had been joined by Order of Court on 23rd of February, 2012.

In short, the suit which has been in court was dismissed on the technical ground that claimants failed to file the CMC whereas the claimant filed the CMC form, but was yet to serve the parties.

On the 24th July, 2020, Barrister Oreye explained that without being served any court process, a bailiff of Federal High Court Sheriff was at his property presented Court Orders dated 9th March, 2020 issued by Federal High Court, Abuja which it expires if no motion on notice is served within 14 days of the ex-parte for possession was not appropriately obtained and executed hence, it was invalid and fraudulent.

Writ of Summons was filed on the 20th March, 2020 and served on them on 28/08/2020 in the supporting Affidavit, it was claimed fraudulently that the matter was not pending before any court whereas it was pending before the Supreme Court.

Despite all these fundamental flaws, Barrister Oreye together with his wife and family  were dehumanized and humiliated, traumatized by AMCON locking up the gates of his business and writing “POSSESSION TAKEN TODAY 24-07-2020 BY COURT ORDER IN SUIT NO.FHC/ABJ/156/2020 IN RECEIVERSHIP BY AMCON” on the gate and the wall of his business. At his residence where he lives with his family, similar signage was written boldly respectively.

Having carefully gone through relevant documents on the matter brought to our office, the CLO found it expedient to intervene in the matter so as to protect Barrister Oreye and his family’s fundamental human rights. This has done great havoc, violence to their fundamental human rights to reputation, privacy, to own properties, and to do business in line with the constitution of the Federal Republic of Nigeria Chapter IV (43). (Human rights).

Moreover, Barrister Oreye (MD Peace Global) had been working very hard in adding value to the youths in Nigeria by providing legitimate employment and services to people via his companies. Such a man should be supported and be encouraged to do more rather than exposing him and his wife, children to unscrupulous embarrassment and traumatized torture The siege of 8 uniform guards that are still monitoring the movement of the family at their residence and Peace Hotels Customers is traumatizing and in human.

We however, wrote to the MD AMCON, in our letter dated 3rd of December, 2020 in respect of the matter, where we requested AMCON to withdraw 8 nos uniform guards workers stationed at the residence and business premises of Barrister Oreye MD/CEO of Peace Global/Peace Hotels Limited Omole, Ikeja , Lagos.

Also, when our organization heard about the reappointment of Mr. Ahmed Kuru as Managing Director of the Asset Management Corporation, Mr. Eberechukwu Uneze and Mr. Aminu Ismali as Executive Director for the final term of five years which the nominations were forwarded to the senate of the Federal Republic of Nigeria for confirmation in accordance with section 10(1) of the AMCON act, 2010. 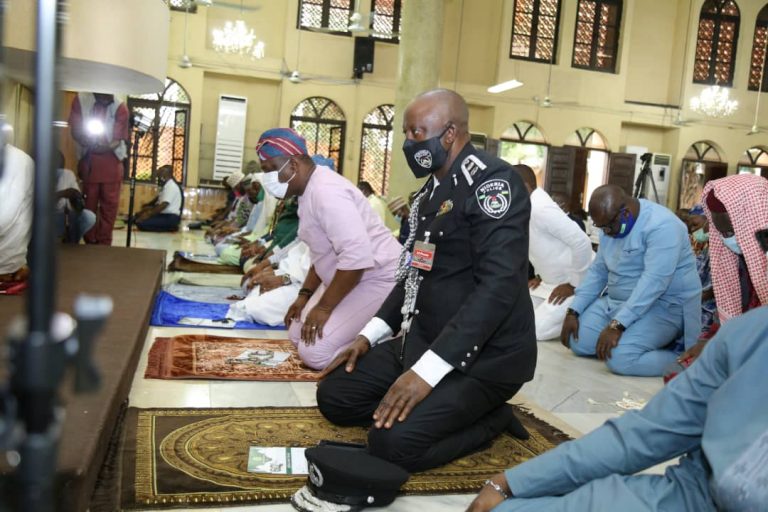 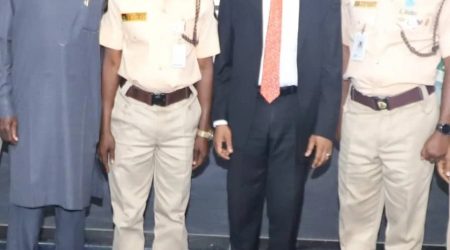