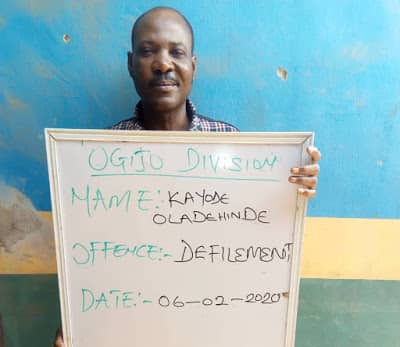 In Abeokuta the capital city of Ogun, a 50 years-old man named Kayode Oladehinde was arrested by State Police for raping and aborting pregnancy for his 13 year-old stepdaughter.

This incident was confirmed by the Police  after the mother of the victim complained at Ogijo divisional headquarters that her daughter was allegedly defiled  by the suspect who happens to be her present husband , based on her report the accused was arrested.

The woman indicated that after suspect realized that the victim was pregnant, he gave her drug to abort the pregnancy which lead to severe bleeding.

The Police PRO in the state, DSP Abimbola Oyeyemi, commented the DPO Ogijo division, CSP  Muhammed Suleman Baba immediately intricated his detectives to the suspect’s residence where he was promptly arrested.

Oyeyemi in a press release added that, during interrogation, the suspect who was dumbfounded when confronted by his wife only begged  for  forgiveness from his wife and the victim who happens to be his stepdaughter. 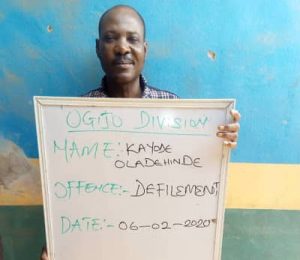 At the same time, Commissioner of Police CP Kenneth Ebrimson  ordered the transfer of the suspect to anti human trafficking and child labour unit of the state criminal investigation and intelligence department for further investigation and possible prosecution 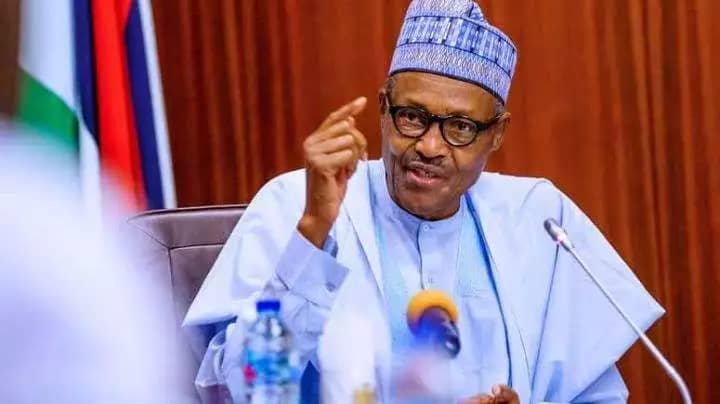 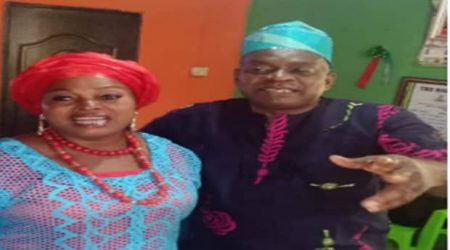 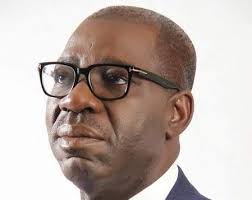