The o/c the commanding  officer 174 Battalion  LT.Col. BC EZEH. Welcomed all the people and the special guests amongst  are the Area Commander of police Muhammed, The DPO  sagamu police station  CSP Adekunle Omisakin and many  others.

Chief Oyunike as the  MC. Other attraction includes the presentation  of awards to both the military and the civilians.

According  to chief Col. Reuben  Nwako Rtd. The omobowale of ikorodu in an interview stated that ” WASA means West African Social activities  is an event whereby people from different countries, states and ethnic groups come together to display their talents, show case their cultures. The event takes  place at the end of every year for officers  and people to relax and be entertained. ”

He also added that ” Initially  soldiers performed alone, but now the ceremony  had taken another dimension whereby civilians are invited to display some are the traditional  and cultural dancers from various  ethnics and display  of different games.

This year 2018 WASA has a great difference compared  to the previous years, is done in such a way that about about 30 ethnic groups  were lined up to display  but time couldn’t  permit.

The significance of lightning  the fire  at the end of the event symbolizes that event had been  concluded.

The WASA day was a great event. 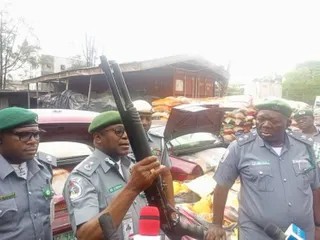